Kinecting with the Virtual World

The first prototype of Armadillo has been released as part of the supporting material for NuiLib. Armadillo is a Virtual World client capable of supporting immersive interaction. The current prototype features basic Kinect integration for hands free control of your avatar. By making gestures with your arm you can move around, look around and fly through any Second Life Viewer compatible Virtual World. Further features planned for Armadillo include the ability to control the mouse and trigger touch events via the Kinect, the ability to build content with the Kinect and also modifications to allow immersive, 360 degree, projection via the client to really put the user inside the Virtual World.

A video of Armadillo in action can be found here as part of the Open Virtual Worlds facebook page. For more information on Armadillo see the paper Gonna Build me a TARDIS: Virtual Worlds for Immersive Interactive Experience published in the proceedings of PGNet 2012. You can download Armadillo here. Currently it has only been compiled for Windows and tested on Windows 7 (32 and 64bit). 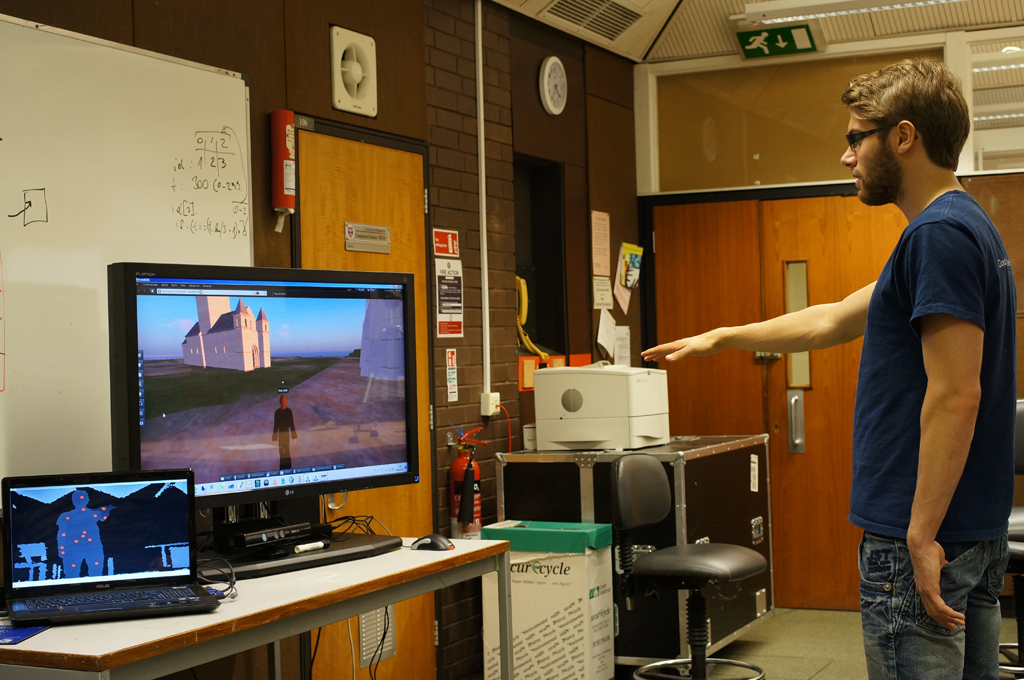 Controlling an avatar via the Kinect.