An informative guide to the sites of Cramond. With sites of historical importance,  each with images and information about the sites, as well as a location aware map.

The small village of Cramond, on the edge of Edinburgh, is one of Scotland’s most important archaeological sites. People have lived in and around Cramond for at least ten thousand years.
In the Mesolithic era hunter-gatherers camped here, taking advantage of the many foodstuffs found beside the Firth of Forth. Many centuries later Cramond became a significant Roman settlement, with a large fort which may have served as a supply depot for the Antonine Wall.

Cramond also has a rich medieval heritage. The village boasts a stone tower house which once belonged to the Bishops of Dunkeld, whilst the parish Kirk has been on its current site since at least the thirteenth century.

Today Cramond is a pleasant commuter village for Edinburgh, but there remain numerous reminders of its extraordinary past. 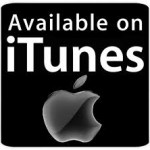 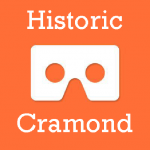